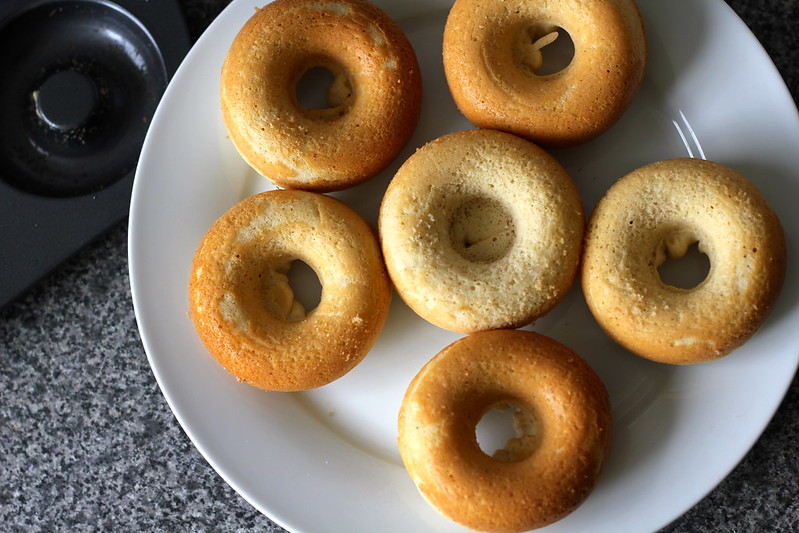 I absolutely love doughnuts. I mean, who doesn’t? As a child, they were never something that my parents indulged in frequently but on the rare occasion, my mum would buy the cinnamon ones from Coles where I developed the unsurprising power to make a good handful disappear in not much time at all.

I was pretty excited to pick up a doughnut pan to give baked cake style doughnuts a try and as usual can’t stop of thinking of things to try. I’m thinking dulce de leche swirls, pine nuts, coconut, white chocolate & macadamia with lime or even dark chocolate with some grated orange zest? 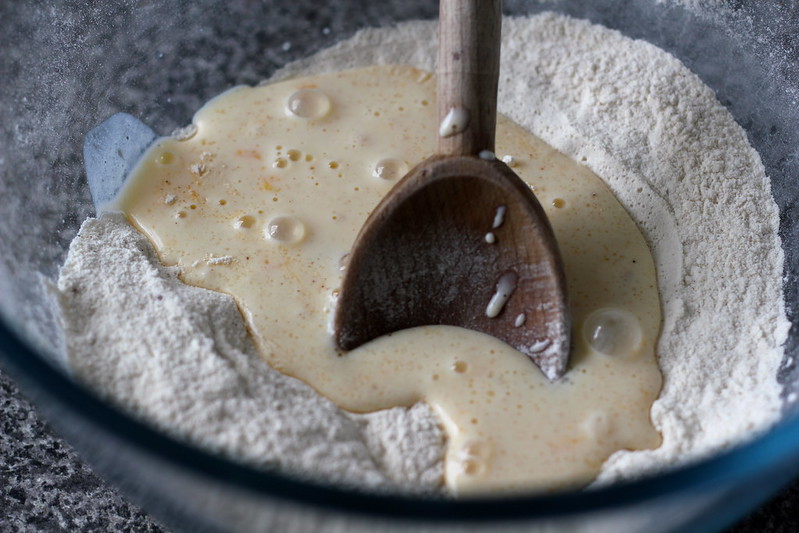 Mixing wet ingredients with dry to form the batter. 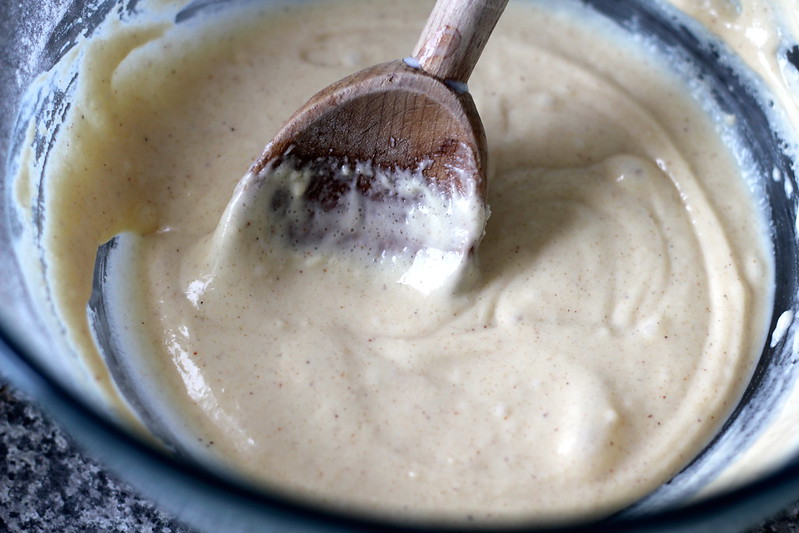 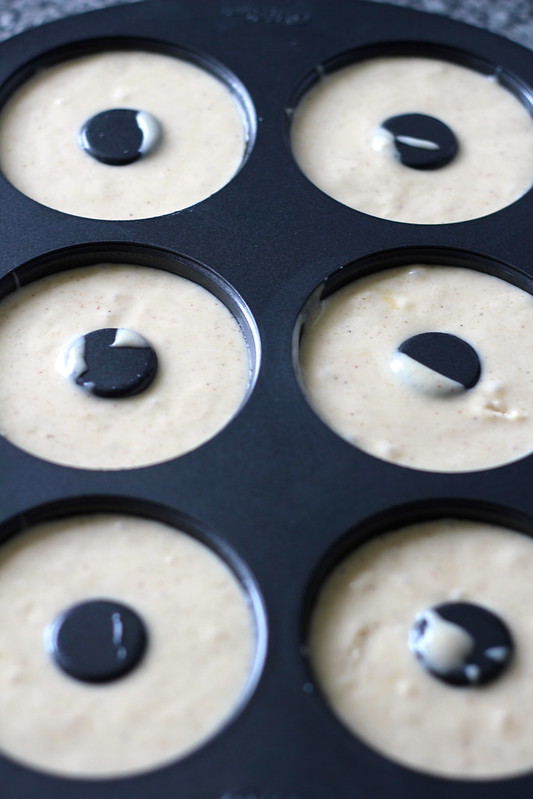 Spoon doughnut batter into tin and bake for 15 minutes or until lightly browned. 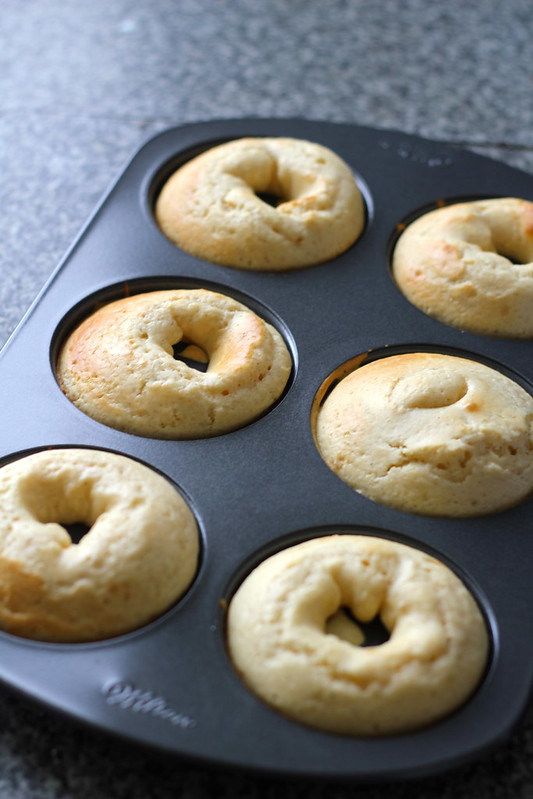 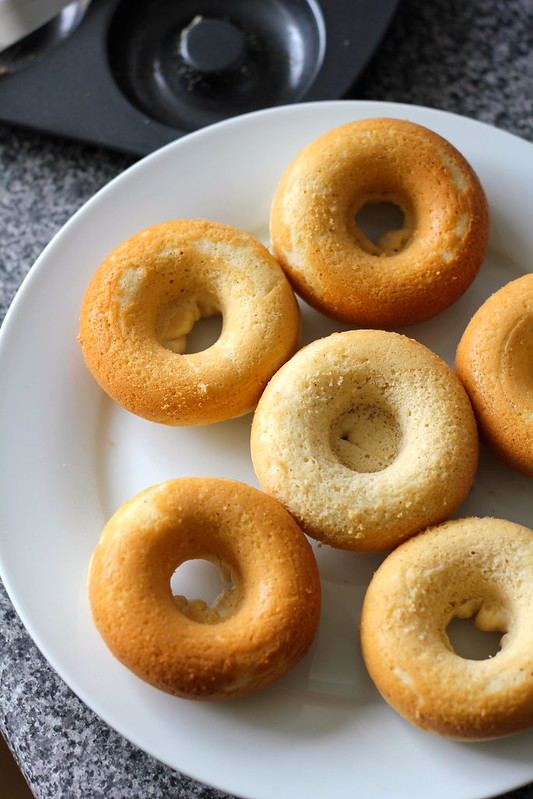 And now for the fun part, coating them in sugary goodness! 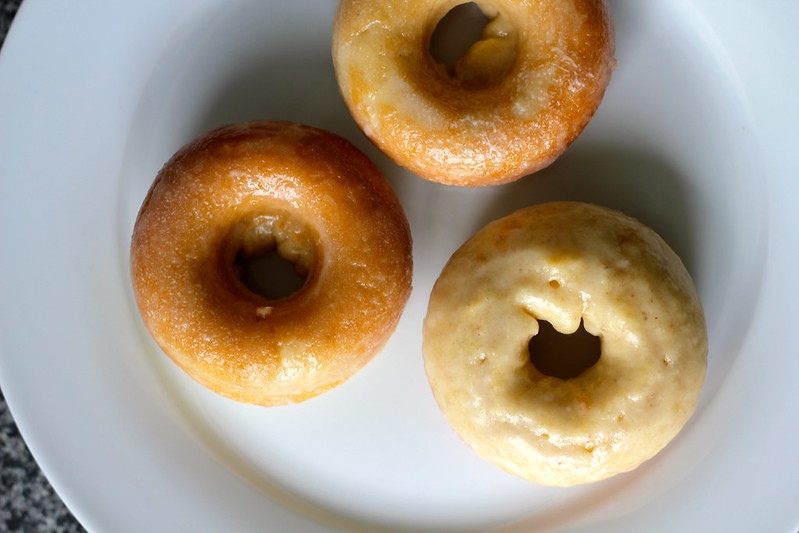 You can try coating them in a simple glaze (Krispy Kreme style). 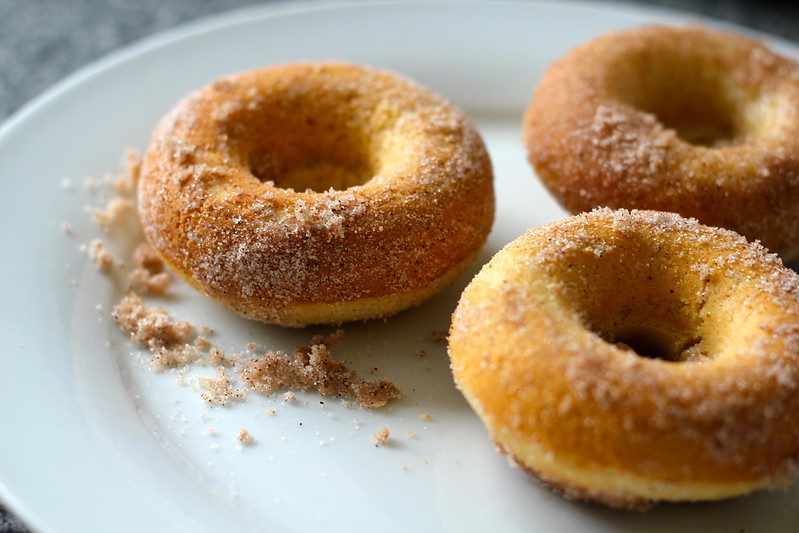 Or try the classic cinnamon doughnut (toss them in a mixture of caster sugar with a few dashes of ground cinnamon).

Brush cooled doughnuts with melted butter. Combine sugar and cinnamon in a bowl and dip in doughnuts. Serve.

This recipe doubles or triples nicely, but I only made enough batter to fill my doughnut pan once. 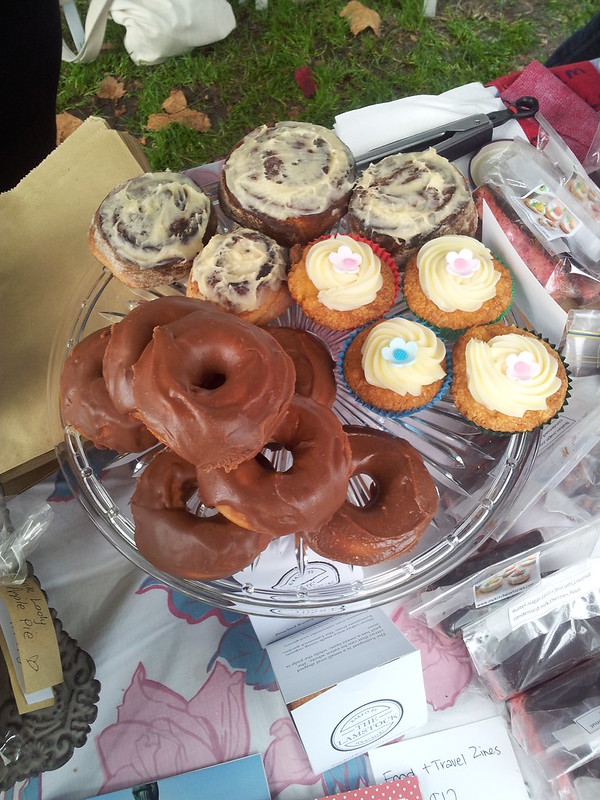